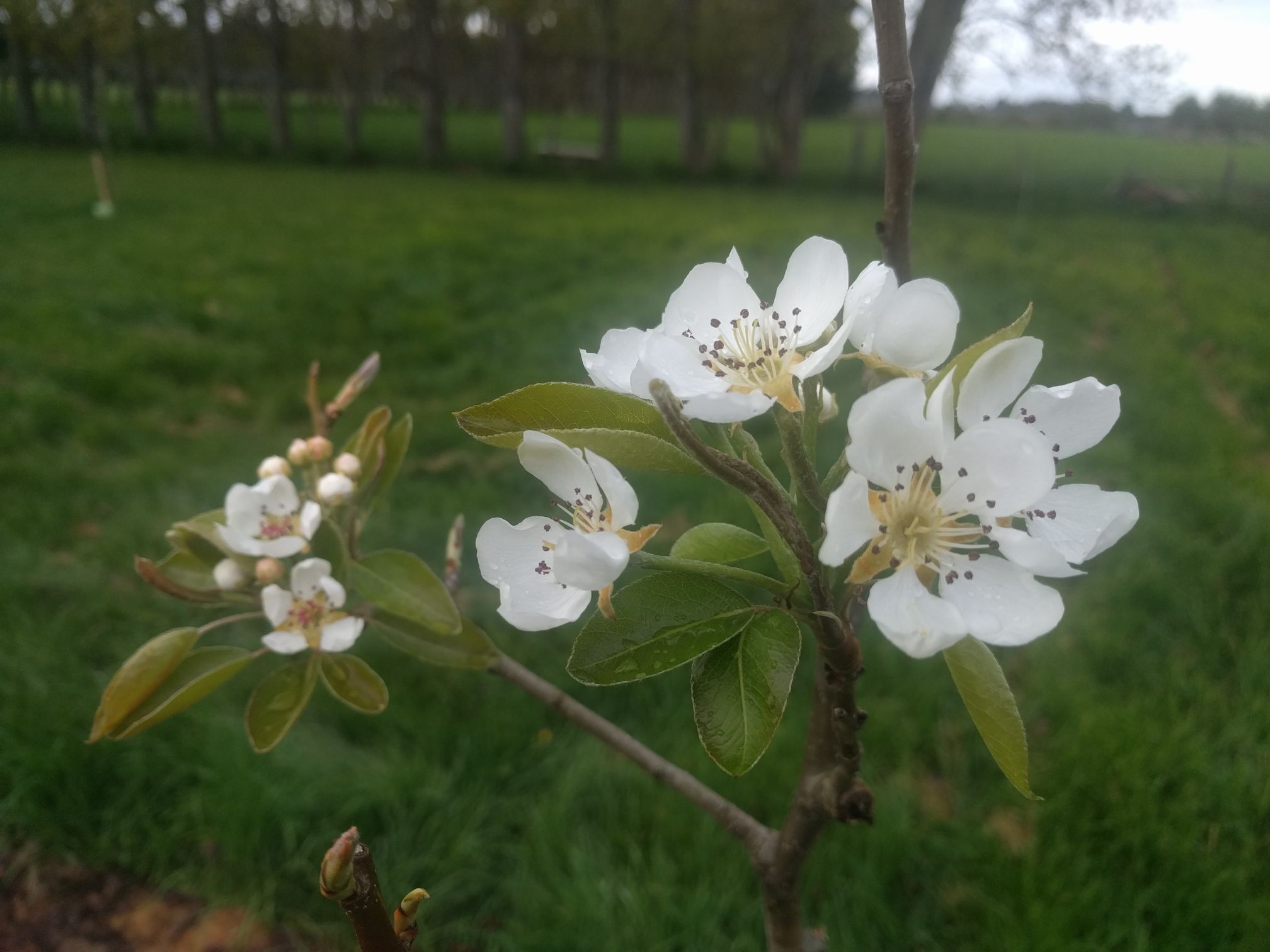 Last weekend I was down and out with a head cold, and just did not feel up to doing the weekly retrospect. But actually, although it’s spring, it feels kind of slow-going, so not even much news this past week. Nevertheless, here we go with a combined week 4 + 5 update.

Freezing the one day. Really freezing. With thick frost. And chilly winds. The next day reads 21C on the thermometer outside, but it feels like 30C. Wind still, no clouds. Unbearably hot.

I’m finding it hard to adjust to this, and I feel the old urgency of planting up a storm from when I lived in Auckland… by now I’d have tomatoes FLOWERING OUTSIDE!... but things are not nearly ready in the garden. Even if the days get hot sometimes. I have a lot of seedlings ready to go into a permanent position, for which there is no permanent position, and then they wither…lost so many young plants already. But I guess its all part of the learning package.

The apples and pears in the orchard is blooming, which is very exciting for me, and everything is by now showing signs of life – even the plum (Reine Claude de Bavay) which I was worried about.

The berries are also all doing well, or at least kind of well… two blueberries are battling a bit (Muffin and Reka), but the Rabbiteyes (Suwanee) are looking good. Loganberry is putting on some flower buds, and the blackberry is still a bit small, and seems to have had a knock of something – frost? The raspberries have swollen buds, or at least I’m convinced their buds are more swollen than they were last week, and I can’t wait to see them burst forth with new leaf growth!

I still need to mulch the second row of the orchard. Getting more bike boxes on Monday for the bottom, and need to then source some arborist mulch.

I started to add some perennials, herbs and annuals to the edges of the first row – I added horseradish, comfrey, lupins, day lily and lavenders. Also a coreopsis (mango something) and some red helenium.

The old apple – the only fruiting tree in the gardens when we moved in, is also flowering profusely. Excited to see what it turns out to be!

The pink ajuga is looking really good, and is steadily spreading to become a dense groundcover. That and the white lavender are the stars in my rose garden at the moment.

The bergamot is definitely happy in this spot too and is putting on some really good leaf growth. Bluebells (surprise leftover bulbs from the previous owners) is a welcome beauty in the gardens, although I’ll probably remove them and put them in the orchard too. Pansies and violas are in top form at the moment, and a few wallflowers have opened up too.

The end of primulas are coming on, and most flowers are wilted, just as the calendula is starting to form flower buds and the alyssum spreads.

No idea what colour yarrows I got in there, but they are doing well too.

The roses themselves… I still have three dead ones amidst all the lush new growth and superb health of all the others… clearly it can’t be something I did wrong… oh well… hope to get some replacements for them at some point, else I’ll have sad gaps in the garden.

There’s been lovely structures put in the potager – the pumpkin arch in the 3-sisters bed is complete, and although not aesthetic, still importantly, the fence that separates the potager from the sheep paddock is done too.

I’m feeling a bit defeated wit the garden itself though. Sure, the peas have started flowering, but they’re still not looking the best, and the pea vines are only about 60cm tall. The broad beans are … or are not… I don’t know, they’re there, and flowering, but less than 30cm, and not at all healthy looking.

Even the lettuces are taking their sweet time to do anything… at least they’re not dying, but no real growth has been put on either.

I put in some dianthus (Rainbow Loveliness) and some more kale (Lacinato) and have cleared the space and made the cloches (repurposed) for the squashes that are eventually going to go in.

The birds are still digging up my plants – I am forever replanting the spinach and silverbeet, cabbages and red Californian onions… even after putting a whole whack of bird scare tape all round and through and over and in between everything.

I also forgot to frost cloth the basella (Malabar spinach) and lost the 6 plants I had, so that’s off the plan then for this season…

Good news! The potatoes are doing excellent. Especially the early potatoes. But the second lot, Ilam Hardy, is coming along really nicely too. Shew! Some success! It’s a good time this past week to put seed to ground, but I’ve not had a chance, hoping to do that later today when the rain eases a bit.

I still have space in my HOtBox for those that need a warmer start to life.

I’ve got a lot of seedlings waiting to be transplanted - both in the HotBox, and in the GrowTent. There's quite a few flowers, and a few herbs and interesting edibles too. Hope to make a list this weekend, so I can update the blog about what I have going next week.

It’s been a not-here neither-there kind of two weeks. Timing, monetary constrictions, and all my other responsibilities together with a slower start to the season and perpetual cold, curbing my enthusiasm down a bit in the garden.

But I’ll be right again.

Hope for better updates next week.